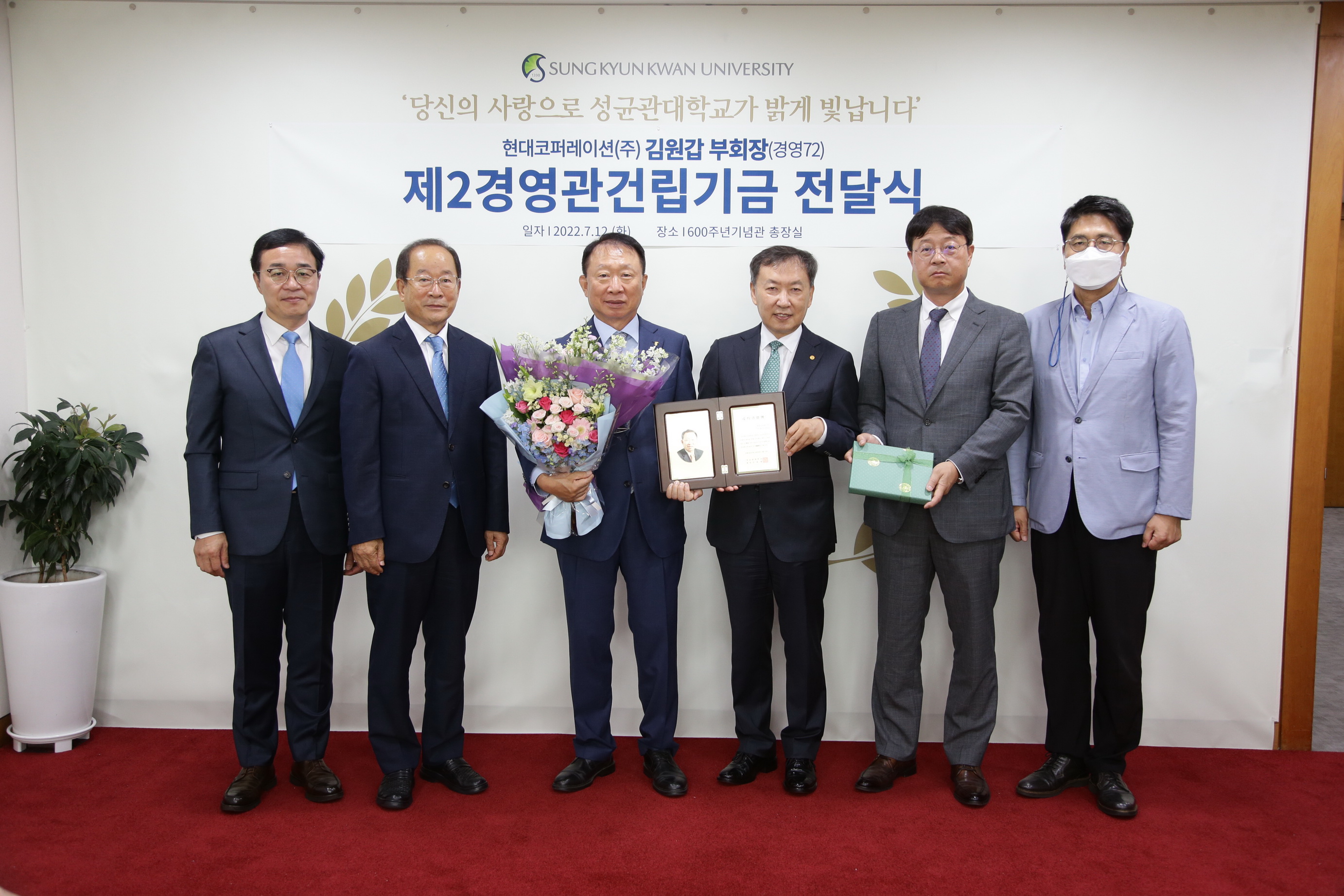 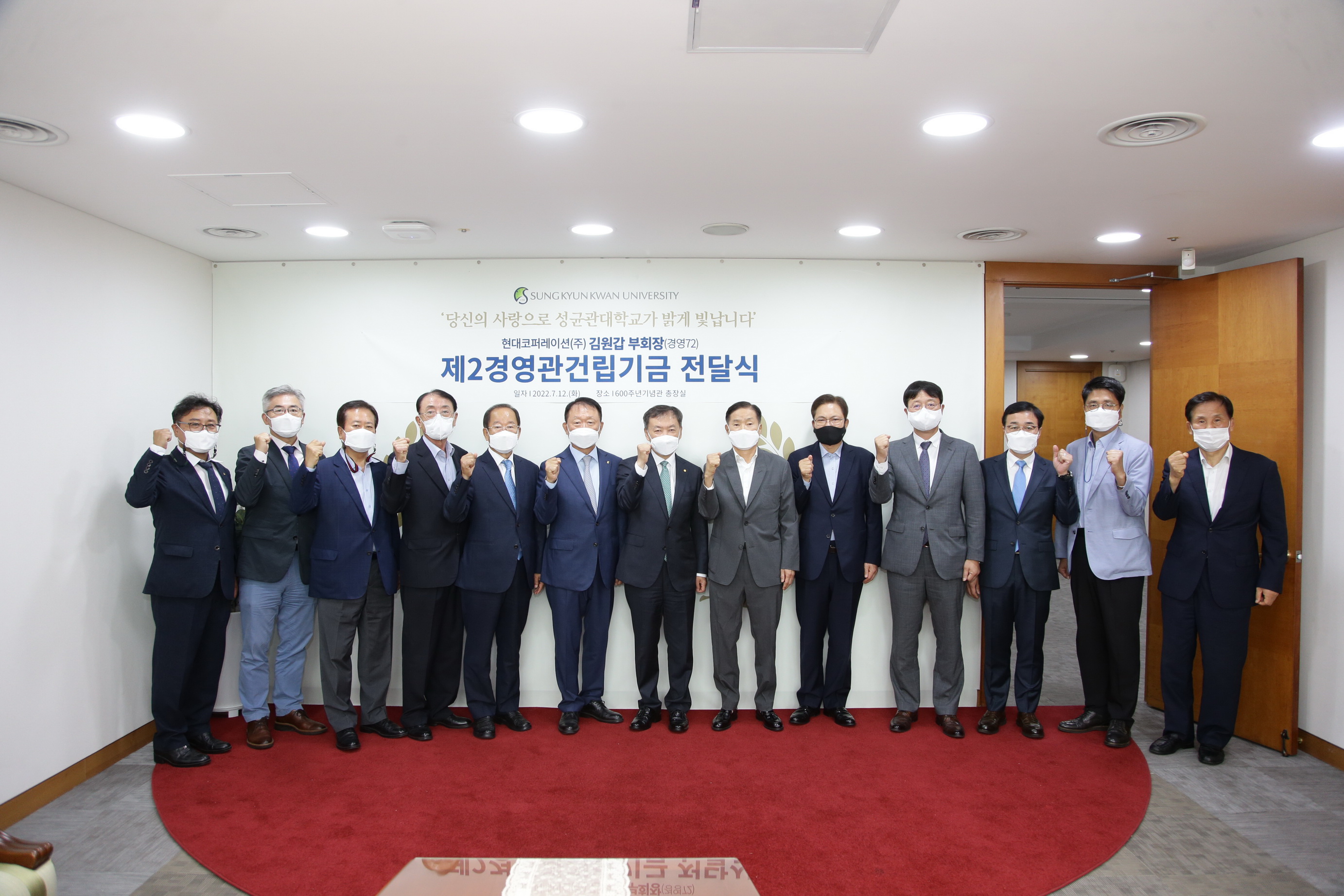 President Shin Dong-ryeol said in a welcoming speech, "We deeply appreciate Vice Chairman Kim Won-gap, who donated 300 million won in construction funds for 13 years from 2009 to the university, and we will do our best to build a second management building in response to the wishes of alumni of the business administration department.

Kim Won-gap, Vice Chairman, said in a  greeting, "I participated in the donation as part of Kim Ik-rae's 50th anniversary campaign in 2009 and the school and foundation's efforts have raised our university's status a lot, encouraging donations.  It has been 44 years since I joined Hyundai, bus as long as I continue my work life, I will work hard to achieve the goal of donation in my heart, and I will do my best to help the School of Business in  a separate way other than a scholarship."